Scottish Whisky Distillery of The Year 2020

We are The Glasgow Distillery – Contemporary Urban Distillers.

We are a global spirits business with a focus on hand-crafting a range of multi award-winning spirit brands such as Glasgow 1770 Single Malt Scotch Whisky, Makar Gin, Banditti Club Spiced Rum, Malt Riot Blended Malt Scotch Whisky and G52 Botanical Vodka. Each of these spirit brands adhering to our three cornerstones of quality, authenticity and innovation whilst also telling fascinating - and often forgotten - stories of Glasgow's past. 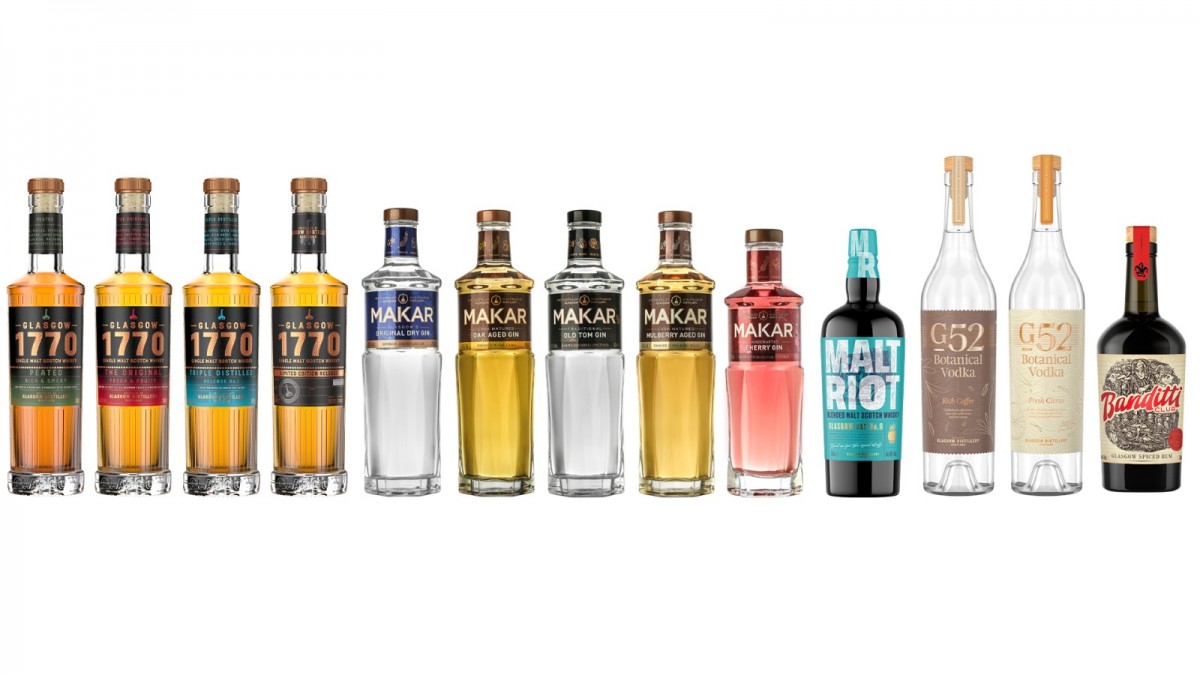 Glasgow is a city full of innovative, industrious and independent minds, bustling with entrepreneurs, artists, craftspeople and passionate business owners. A city of those who take their craft seriously, and themselves not too seriously. A city of straight talkers with unmistakable character and grit.

Our spirits are Glasgow-Made – products of our home city and proud to be so.

Founders Liam Hughes, Mike Hayward and Ian McDougall, hope that the establishment of the first Glasgow Distillery heralds the start of a whole new age of distilling in Glasgow…

The Glasgow Distillery Company passionately invests in the best distilling equipment, sources the finest ingredients, best casks from around the world and employs an innovative team of skilled distillers. The result is a wide portfolio of handcrafted premium spirits that are available around the world.

The distilling magic happens within our unique copper pot stills christened: 'Annie', 'Mhairi' and 'Tara' - after family members of the three founders - and 'Margaret' and 'Frances', named after two of Glasgow’s most influential female artists and sisters, Margaret and Frances MacDonald.