STAND UP FOR THE GOOD STUFF

Malt Riot tells the tale of the people of Glasgow who came together for what they believed in.

It's the year 1725 and the Government attempt to impose a tax on Scotland's malted barley. The Scots, foreseeing an increase in the cost of whisky, beer and other daily essentials rise up in opposition.

In Glasgow, malt stores are barricaded and the devilish excise men are chased from the city. The home of the local member of parliament, and former tax collector, is destroyed. In a bizarre twist of date, the MP is compensated for the damage and uses the money to purchase the Island of Islay and part of Jura. He encourages local farmers to seed surplus barley and thus igniting the legal production of Single Malt Scotch Whisky on the Islands and across the nation.

Inspired by the malt riots, first in Glasgow then across Scotland, Malt Riot Blended Malt Scotch Whisky VAT No.6 is a selection of handpicked single malts from across Scotland with Glasgow 1770 Single Malt at its heart. Mix, over ice, with ginger ale or use Malt Riot as the central ingredient to a refreshing whisky sour. 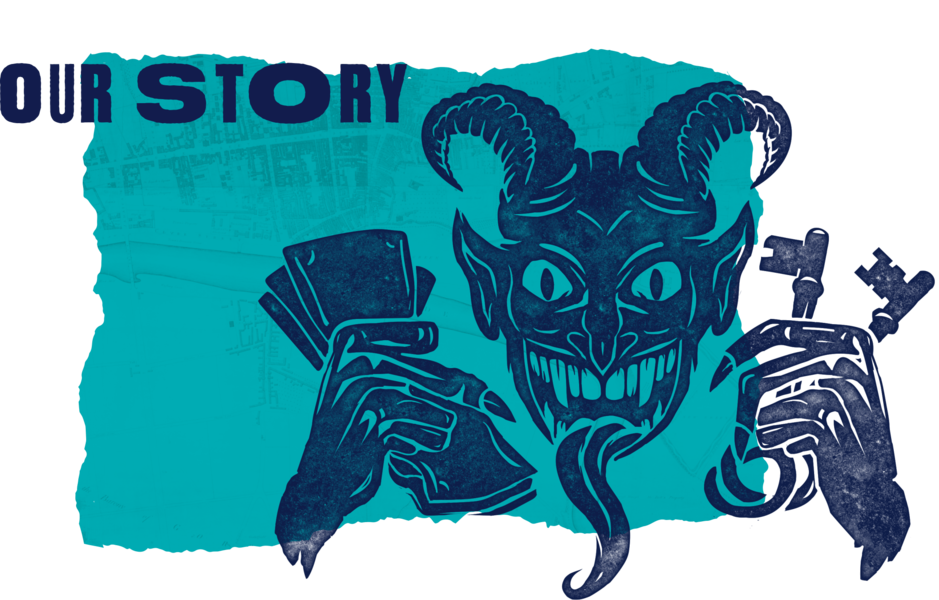 Do you want to know how to drive 18th century Glaswegians into armed insurrection? Simply push the price of beer up. The English had been paying a malt tax since 1708, originally to fund the latest in a long series of wars against the French. But when the tax was extended to Scotland in 1725 (albeit at a lower 50% rate) the nation erupted. 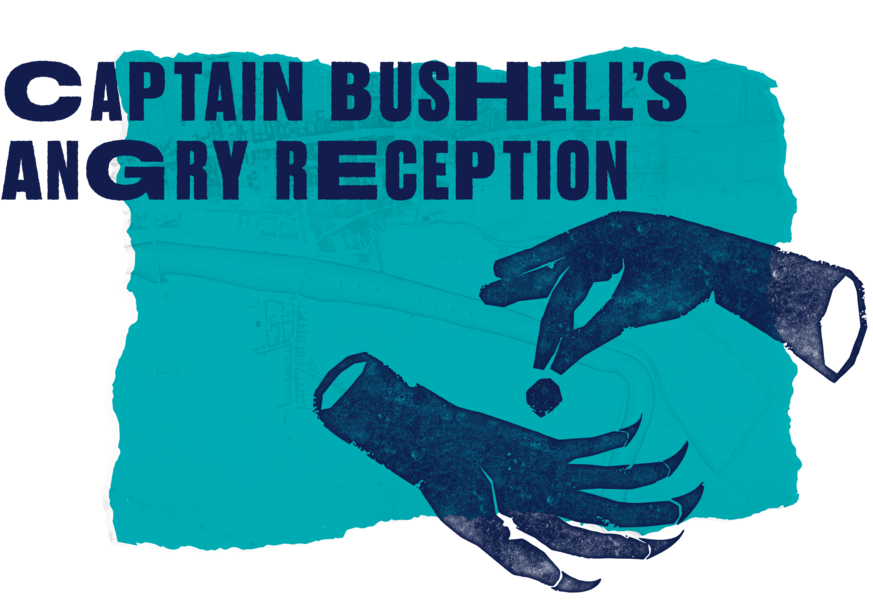 The malt tax came into force on 23 June 1725, with threepence charged on a barrel of beer. Riots immediately broke out in Hamilton and when excisemen arrived in the centre of Glasgow, a crowd threatened to stone them. The arrival of troops in the evening, led by a Captain Bushell, just made things worse. 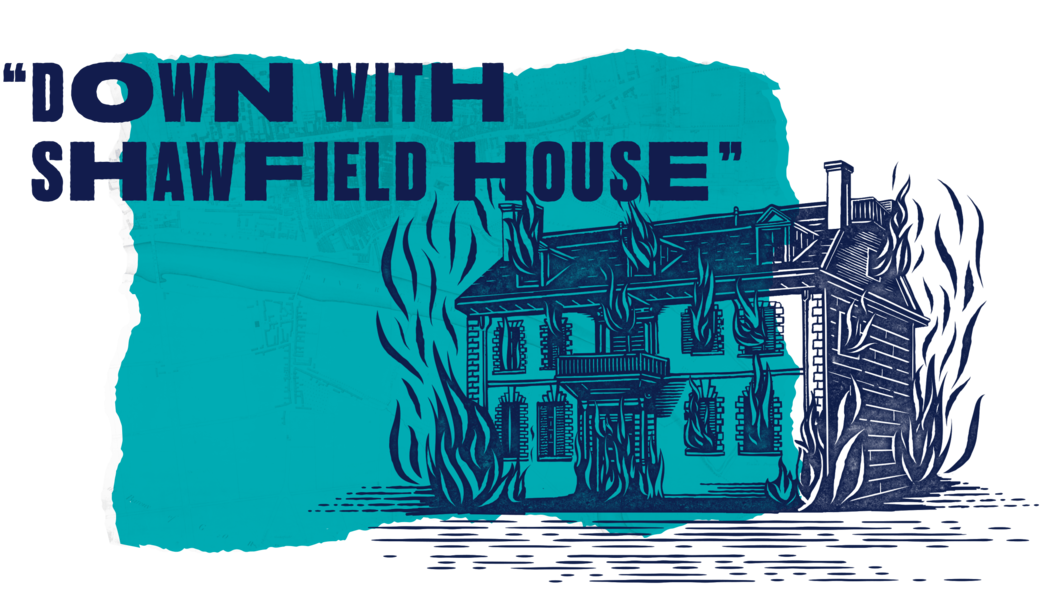 Rumours spread that the troops had been summoned by Daniel Campbell of Shawfield, a local MP who had voted in favour of the malt tax. The rampaging mob descended upon his house in the Trongate and, with shouts of "Down with Shawfield's house", they broke in, looting and gutting everything before them. 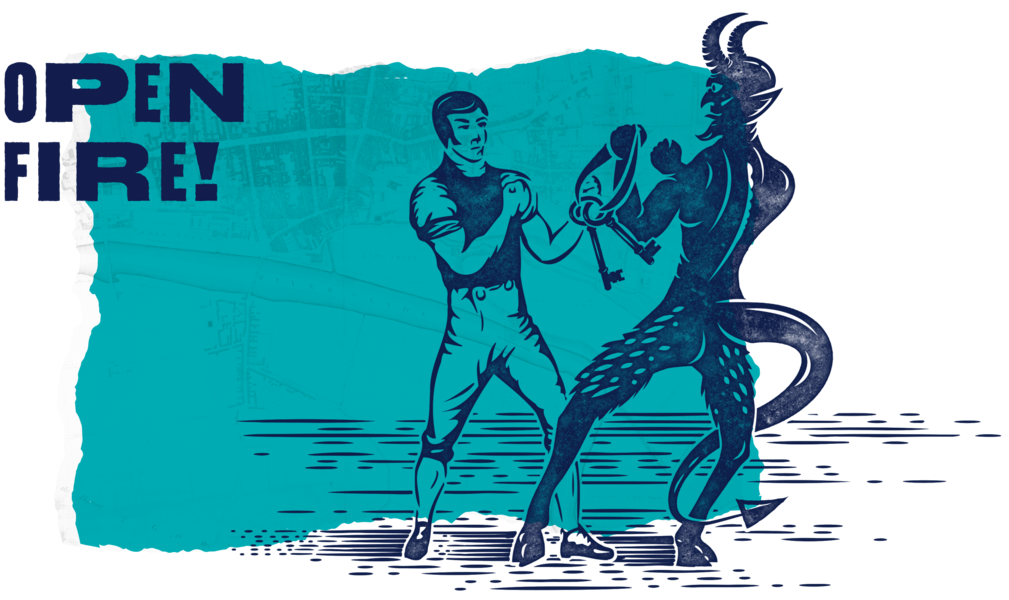 Captain Bushell's troops returned to Candleriggs and the Trongate the next day, only to be bombarded with stones. Bushell panicked, and despite having no official approval, he ordered his men to open fire. The shocked crowd retaliated by breaking into the town's weaponry store and arming themselves. The troops fled to Dumbarton Castle, pursued by the crowd and, by the day's end, nine of the rioters had been killed and 17 injured. 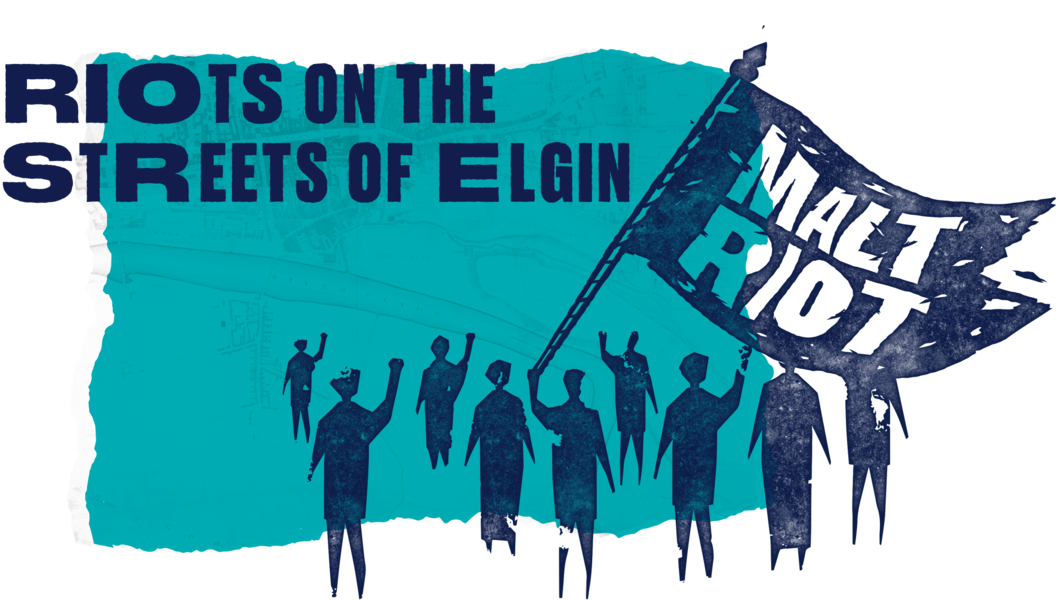 This anger wasn't felt only in Glasgow - there were also riots in Ayr, Paisley, Elgin, Dundee and Stirling. The malt tax had brought chaos to Scotland and a tough response to the violence was inevitable. On 9 July, Government forces marched on Glasgow to take control of the situation. 25 people were arrested, including six senior city officials. Captain Bushell was also charged with murder, but his case fell through. 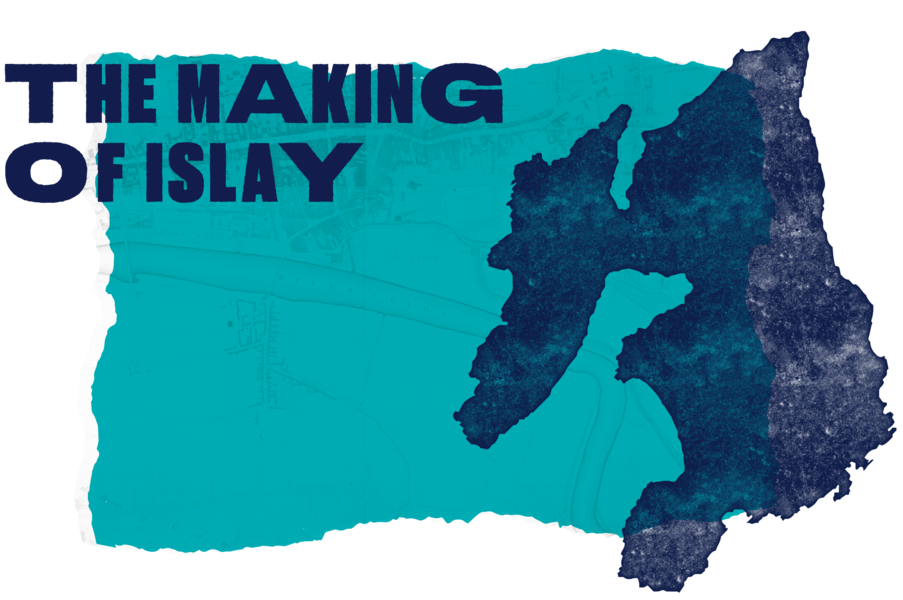 Meanwhile, Daniel Campbell emerges as an unlikely hero of our story. Receiving £6,080 compensation for the damage to his home, he bought the island of Islay, and transformed the fortunes of the islanders by supporting cottage industries. Also keen to shed Islay's maverick reputation for moonshine, he passed the baton on to his grandson, Daniel the Younger. He built the village of Bowmore and encouraged the opening of Bowmore Distillery - now thought to be the oldest Scottish distillery still on its original site. As a direct consequence of the Glasgow Malt Riots, Islay blossomed into one of the world's best-loved centres of whisky making. 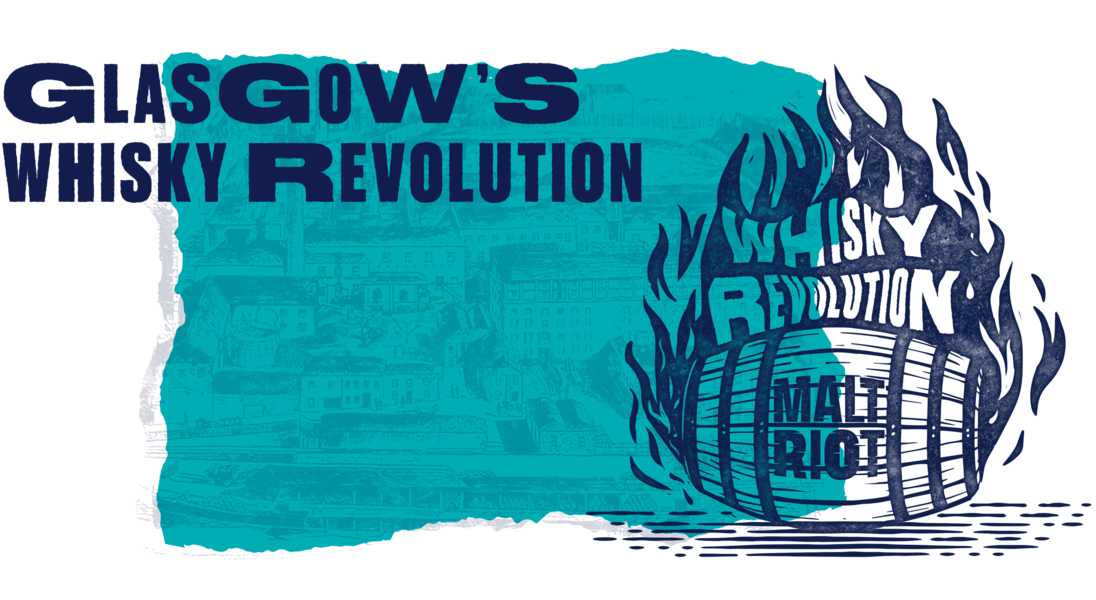 A pattern had been set. Legal distilleries sprang up across Scotland, and Glasgow played a starring role. John Harvey, one of the first three distillers in Scotland to be given an official licence, created a distillery at Glasgow’s Dundashill in 1770. It would go on to become one of the great drivers of growth in Scotch whisky and, for a period in the 1880s, the business behind it was named the Glasgow Distillery Company. We'll return to Dundashill shortly. 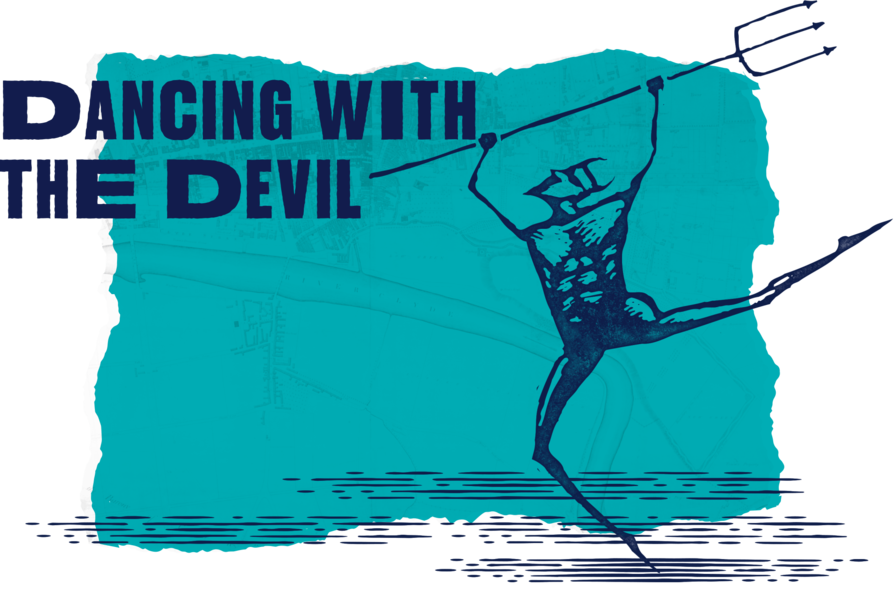 After a failed stab at farming, Scotland's national poet, Robert Burns, began work as an excise man in Dumfries in 1789. It was a job he pursued until his death, just seven years later, but it appears that Burns wasn't entirely comfortable in his much despised role of tax collector.

The Glasgow rioters of 1725 could relate to that. Hell yeah. 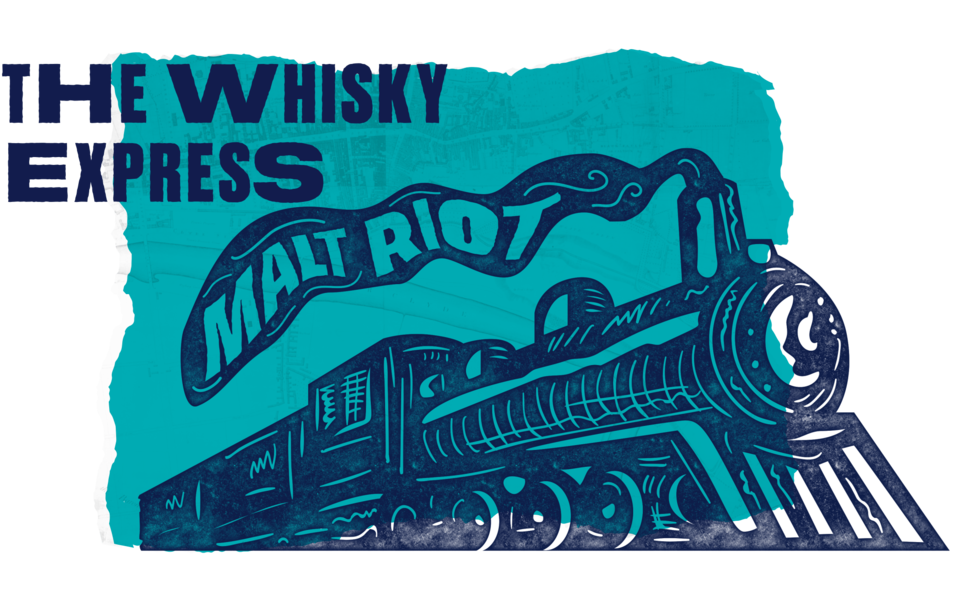 As production of whisky was ramped up across Scotland, the Strathspey Railway line opened in 1863, allowing the growing number of Speyside distilleries to ship their whisky quickly to Glasgow, Edinburgh and beyond. The whisky trains played a big part in the growth of Scotch and we celebrate this connection by blending Speyside malt whiskies with our own single malt for the sweet vanilla, toffee apple and dried spice notes of Malt Riot. 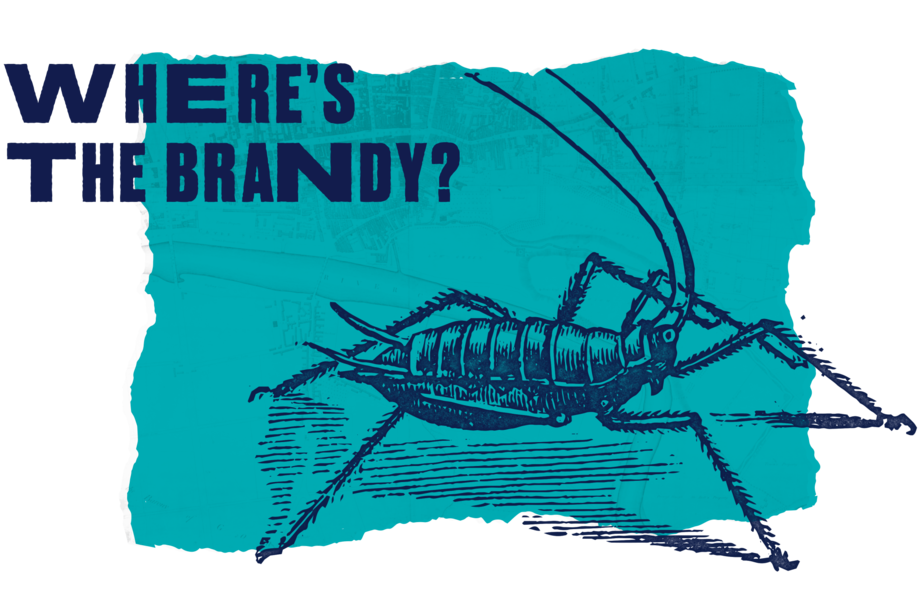 1863 was also the year in which Languedoc wine-makers noticed a mysterious blight that was destroying their vines. The cause was later identified as an American aphid but, by then, it was too late. The blight had spread across France, destroying the grape crop. And the problem continued for several years, causing dismay in the gentlemen's clubs of London as supplies of French brandy began to dry up. In desperation, brandy drinkers turned to whisky. Scottish distilleries such as Dundashill were rapidly inundated with orders. 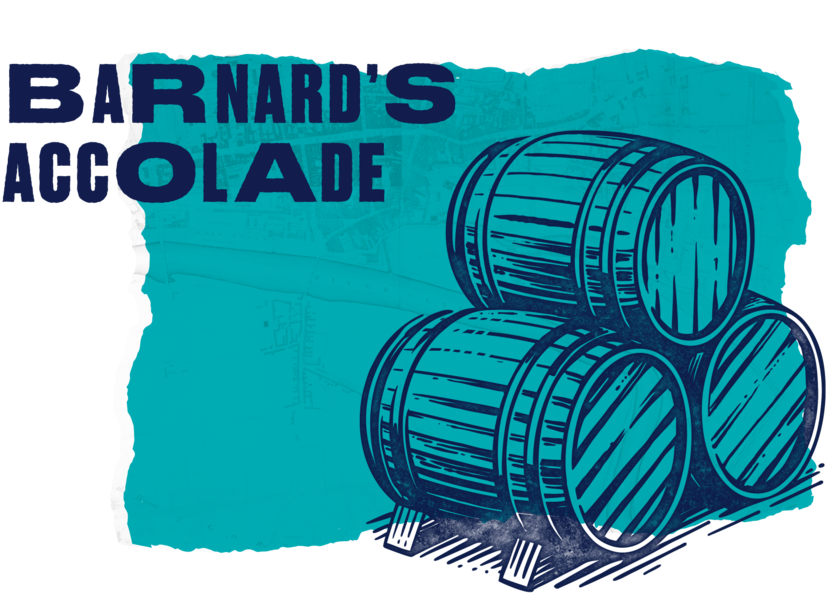 In 1887, the eccentric Victorian author and adventurer Alfred Barnard, visited Dundashill, which by then was being run by John Harvey's grandsons, Robert and John. According to Barnard, it was producing up to 360,000 gallons of whisky a year - and the water, as with our whisky today, was drawn from Loch Katrine. Barnard declared it to be the “largest pure malt distillery in Scotland" - and it's also thought to have been the largest pot still distillery in the world. Two wash stills and 10 spirit stills were producing double and triple-distilled malt, both peated and unpeated...

There was also a cooperage to make barrels, a piggery fed on the malted barley waste and a 138-metre brick chimney which, for a time, was the highest in the world. We don’t know why the distillery closed in 1902 but we carry the torch for Glasgow’s great whisky traditions by embracing the name of the business that once owned this thriving enterprise. We too are called the Glasgow Distillery Company. 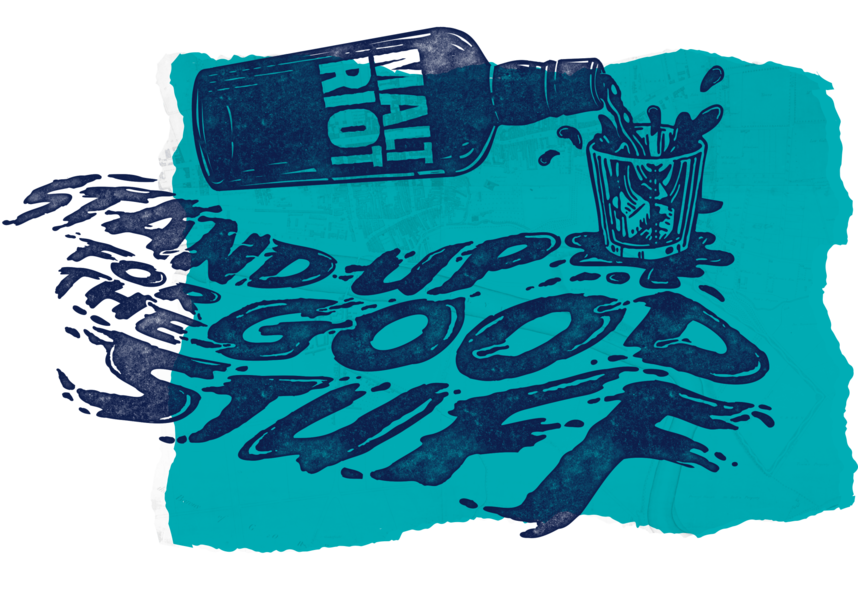 Last year, nearly 300 years from the day in which Glasgow's people took to the streets,we launched Malt Riot. A delicious blend of our own single malt with single malts from across Scotland, it's light and smooth with notes of sweet vanilla, toffee apple, dried spice, and a long, warming finish. Without the Glasgow riots, the growth of Scotch through Daniel Campbell's Islay, the Great French Wine Blight, the Strathspey trains and Dundashill Distillery, Malt Riot wouldn't be here today. Made for mixing, we're very glad it is. It's a blended malt whisky that continues Glasgow's long tradition of going against the grain.

It's a whisky that stands up for the good stuff.