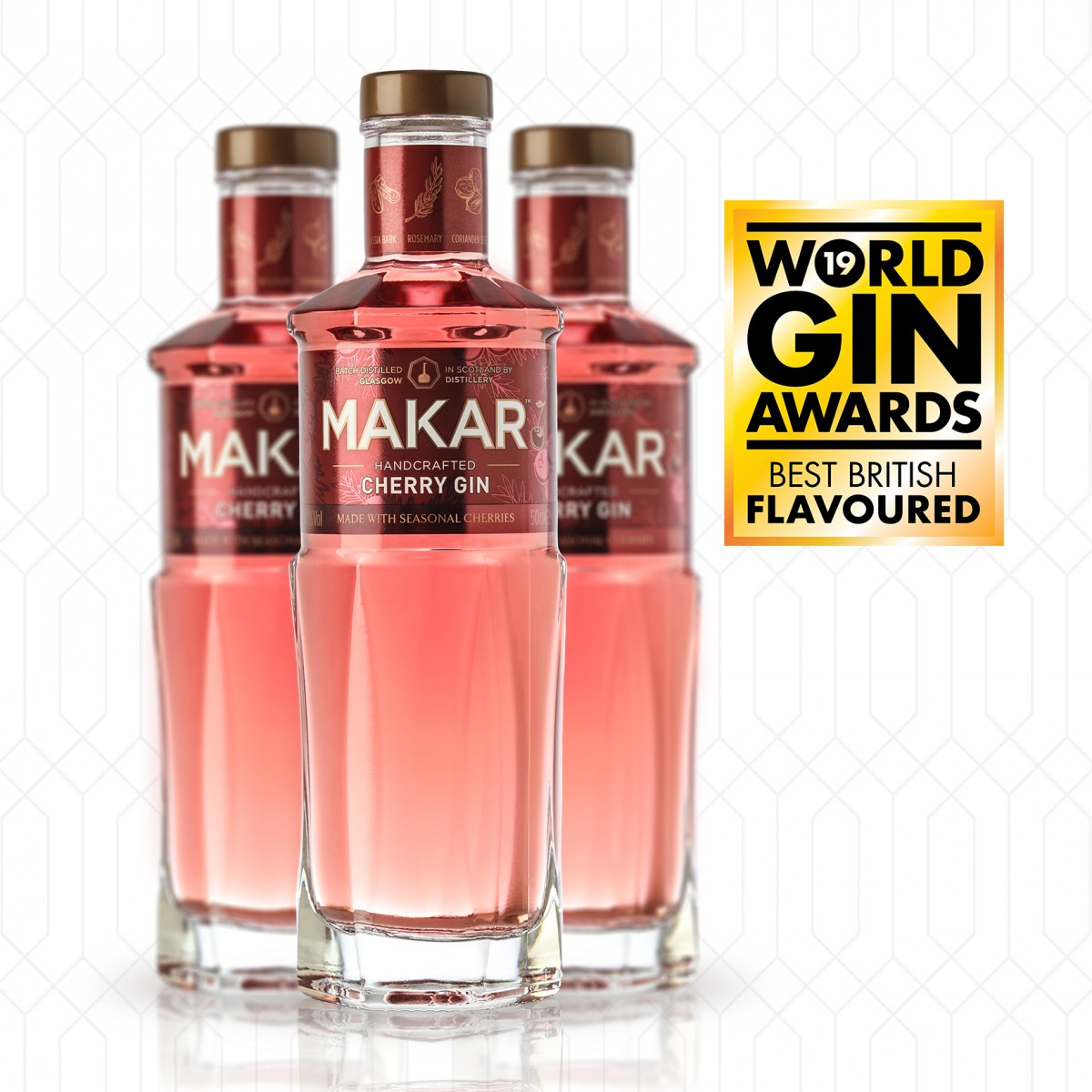 The World Gin Awards, part of the World Drinks Awards, celebrates the very best in all internationally recognised styles of gin. They then reward and promote the world’s best gins to consumers and trade across the globe. The competition, which attracted over 4000 gin entries, consists of a rigorous three-step process of judging by expert industry judges.

Makar Cherry Gin was awarded the title of ‘UK’s Best Gin’and will now be a finalist in the World’s Best Flavoured Gin category, the results of which will be announced on 21stFebruary.

Makar Cherry Gin has been created by infusing ripe, seasonal fresh cherries and a sprinkling of pink peppercorn in Makar’s Original Dry Gin, before being pressed to release maximum flavour. It is bottled at 40% ABV and is available to buy via the Glasgow Distillery Company website.

We are absolutely thrilled that Makar Cherry Gin has been awarded UK’s Best Flavoured Gin at the World Gin Awards, especially as competition in this particular category is on the rise. We believewe have created a fruity flavoured gin without sacrificing the taste of our traditional juniper-led gin, which has become the staple of the Makar brand.

Makar Cherry Gin only launched five months ago so to be recognised in such a prestigious industry award so soon is an extremely proud moment for us.