We are delighted to announce the launch of Malt Riot Blended Malt Scotch Whisky.

Malt Riot is a selected blend of handpicked single malts from across Scotland, with our Glasgow 1770 Single Malt sitting proudly at the heart of the spirit.

On the nose, Malt Riot offers notes of freshly planed oak, sweet vanilla slices and hints of floral hyacinth. To taste, toffee apples open up the palate followed by dry spices and caramelised pineapple, leading to a light and smooth finish with ripples of milk chocolate, fruit and nut.

Malt Riot Blended Malt Scotch Whisky re-tells the story of the malt tax protests that took place in 1725. First in the city of Glasgow and then across the nation, protestors came together to demand the tax on malted barley be overturned.

In Glasgow, malt stores were barricaded and the devilish excise men chased from the city. The home of the local member of parliament and former Collector of Taxes for the Port of Glasgow, who originally supported the introduction of the malt tax, Daniel Campbell, was destroyed.

In a bizarre twist of fate, Daniel Campbell was compensated for the damage by the city of Glasgow and used the money to purchase the island of Islay and part of Jura. He encouraged local farmers to seed surplus barley and ignited the legal production of single malt scotch whisky, which was to spread over time across Scotland. 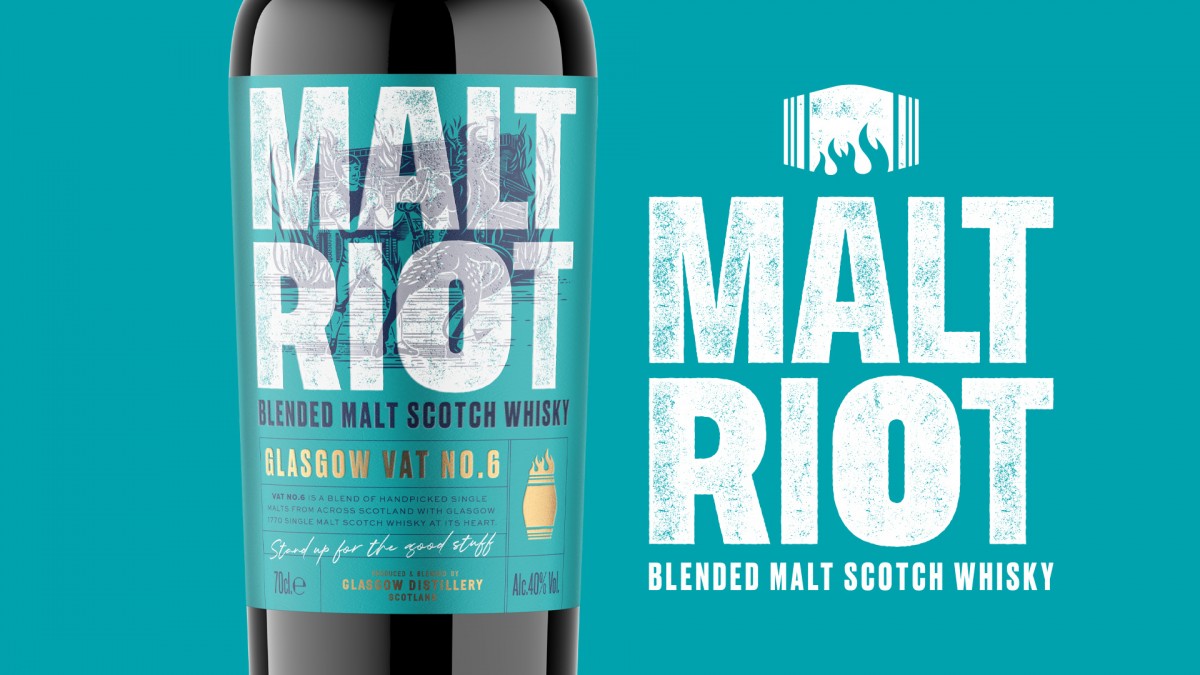 Malt Riot celebrates this story of unity by bringing together a range of single malts from across the Scottish whisky regions and blending them together as one.

The story of the malt riots is a really powerful one for us to tell. Not only does it heavily involve the people of Glasgow taking a stand for what they believe in, but it was a catalyst that helped forge the Scotch Whisky industry as we know it today.

This story has been largely forgotten and is not widely known until now and is a wonderful example of  the fiery passion and determination that continues to live on in our city. Glasgow is a city full of passionate people, who constantly stand up for what they believe in, igniting positive change at home and across the world; I guess it’s true what they say, people really do make Glasgow!

This year has been an extremely challenging time for all in light of COVID-19, one which we could never have envisaged 6 months ago and for Glasgow Distillery, the launch of Malt Riot, following on from the recent release of Glasgow 1770 Single Malt Whisky – Triple Distilled Release No.1, is hopefully the start of some return to normality.

Malt Riot Blended Malt Scotch Whisky is bottled at a strength of 40% ABV and is now available here for just £25 per bottle.