Earn Loyalty points on all purchases by creating a member account

The team at The Glasgow Distillery are delighted to announce that we are 8 times finalists at the 2022 Scottish Whisky Awards and have been nominated in the ‘Best New Distillery’ category at the Online Scotch Whisky Awards.

The Scottish Whisky Awards is an independent awards programme which aims to recognise the top Scotch on the market by celebrating the people working to deliver Scotland’s national drink. The competition is judged by a panel of industry experts, bringing together market knowledge and industry experience to identify excellence and innovation in Scottish whisky distilling.

It is the third year running that our distillery has been nominated in the ‘Scottish Whisky Distillery of the Year’ category. After winning the ultimate accolade in 2020 and being nominated in 2021, we are thrilled to have been named as 2022 finalists, alongside five additional categories:

Glasgow 1770 Triple Distilled and Glasgow 1770 The Original, two-thirds of our Signature Range of single malts, have been nominated in the Single Malt NAS Unpeated category.

Following our Gold Medal wins for Glasgow 1770 Peated in 2020 and 2021, our rich and smoky expression has been nominated in the Single Malt NAS Peated category. 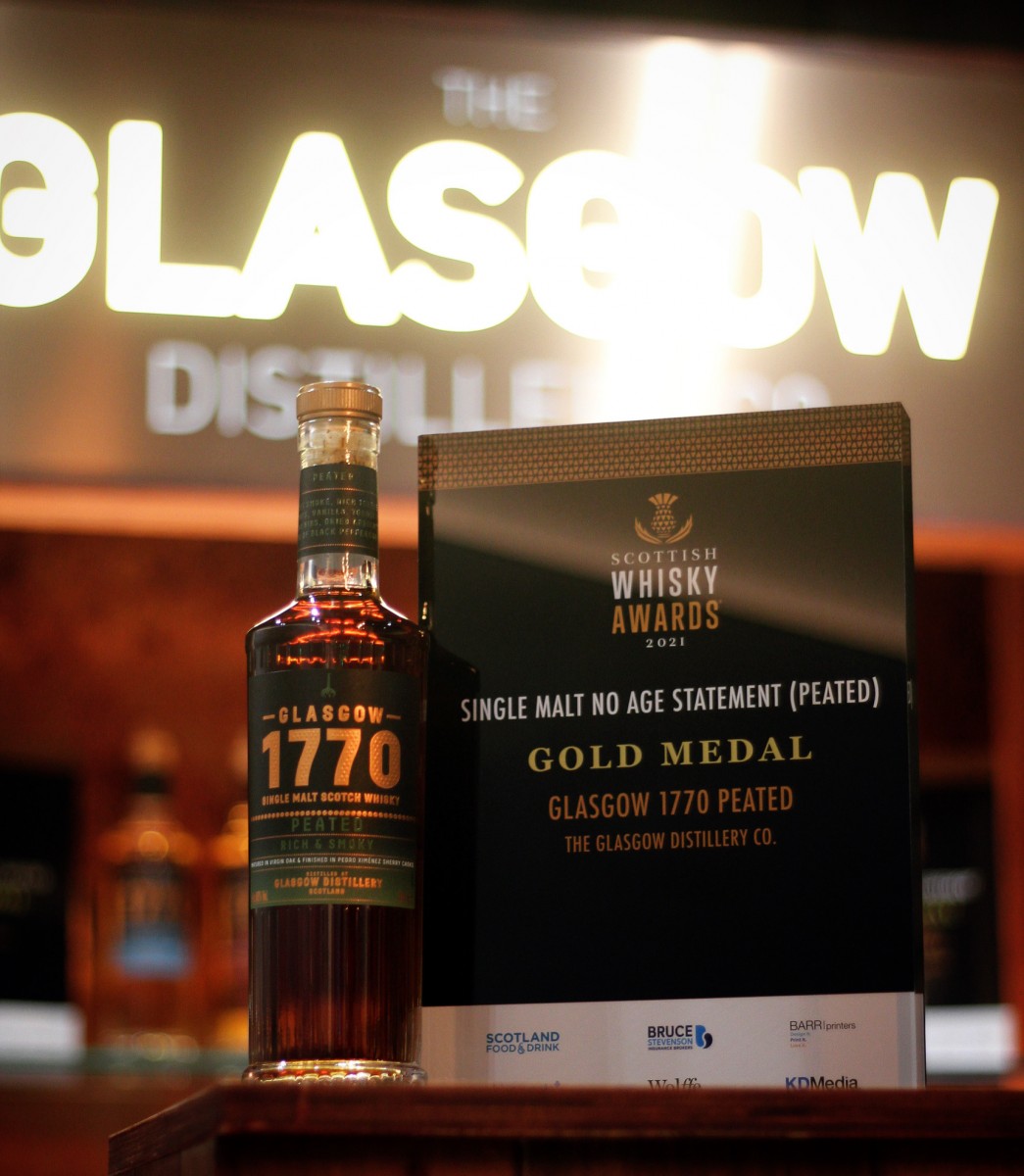 Having previously won the Gold Medal for Blended Malt Under 12 Years in 2020, Malt Riot - a blend of handpicked single malt whiskies from across Scotland with our own malt at its heart - has been nominated in the Blended Malt category.

We have also been nominated in the Single Cask 12 and Under category with two special releases that were launched at the end of 2021: our ‘Ruby Port Cask Finish’, a perfect balance of sweet and fruity unpeated spirit alongside our ‘Sauternes Cask Finish’, a finish of great complexity, with notes of sweet BBQ sauce, toffee and salted caramel.

Our nominations don’t just stop at the whisky itself; we are delighted to be nominated for the title of ‘Excellence in Branding’, an award we previously won in 2019.

“Overall, we are delighted to see this strong performance across the business and tasting categories against some of the most recognisable names in the industry. It is a testament to the hard work and passion that our team put into their work – approaching each day with great enthusiasm for what they do and with great eagerness to push the boundaries and create incredible products.”

Winners of The Scottish Whisky Awards will be announced on the 30th November 2022, wish us luck!

The Online Scotch Whisky Awards - based on an original idea by content creators Ralfy of Ralfydotcom and Roy of Aqvavitae - aims to recognise the best whisky producers in terms of value, quality and availability.

We have been nominated in the Best New Distillery category alongside some prestigious contemporaries.

“Being nominated as finalists in the ‘Best New Distillery’ category is a great indication that we’re connecting with the whisky drinkers who open and enjoy bottles and drive the conversation forward. It is also a great indication that whisky drinkers are enjoying our new 70cl bottle size, our Small Batch Series bottlings and our commitment to authentic and transparent approach to whisky making.”

Winners of the Online Scotch Whisky Awards will be announced on the 5th November 2022.